Let’s say that you’re a 47-year old woman, childless after 22 years of marriage, and you are gaining weight around your middle. What is your first thought? Judy Brown of Beverly, Massachusetts jumped to the logical conclusion that she was starting to go through menopause. No one could fault her for that, agreed? 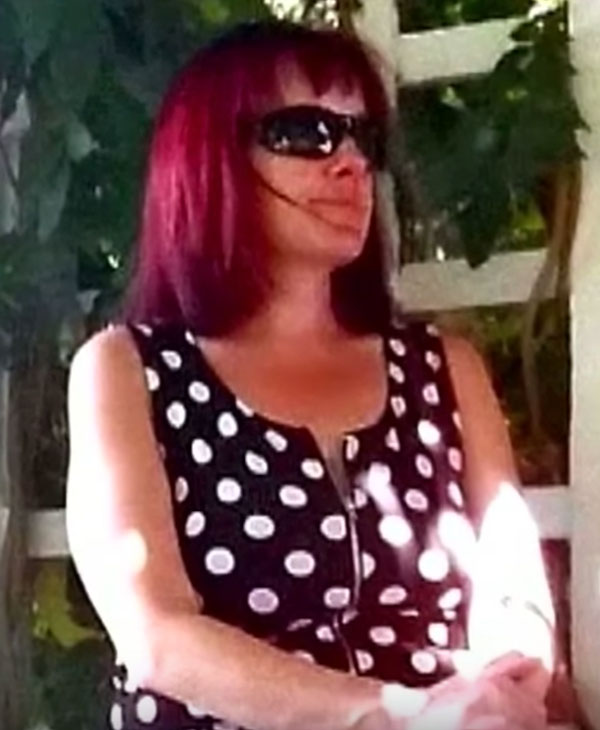 Then, months later when she began feeling strong abdominal discomfort she began to fear a life-threatening illness. When the pain continued to mount, her husband Jason rushed her to the hospital. After an examination, her doctor confronted them with the shocking news. 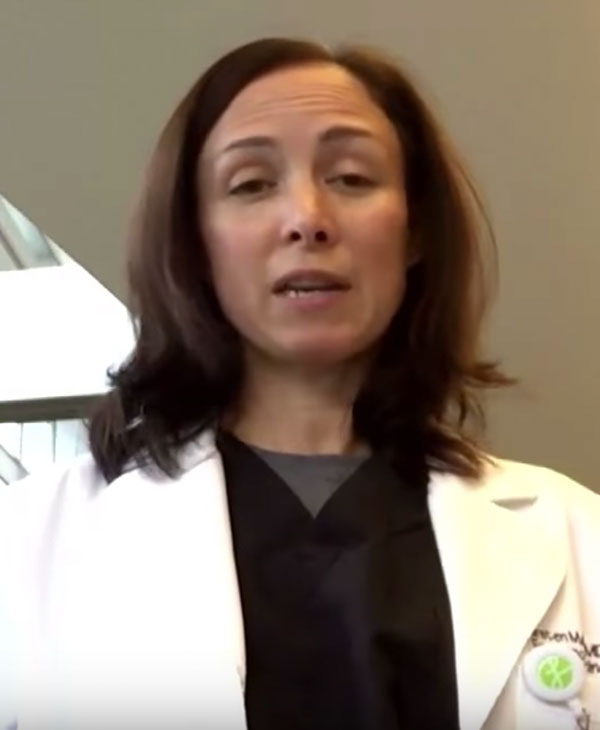 Dr. Kiersten Moussey was tasked with breaking the news to the couple. “Well, it’s good news. You don’t have any blockages or anything.” Kiersten recalls. “You’re pregnant, and you’re going to have her now!”

Before the enormity of the news could sink in, the mother-to-be was rushed upstairs to the delivery room, barely making it before the couple’s first-born made her appearance. Less than one hour after the Browns learned they were going to be parents, Carolyn Rose Brown made her astounding appearance, weighing in at a whopping eight pounds. 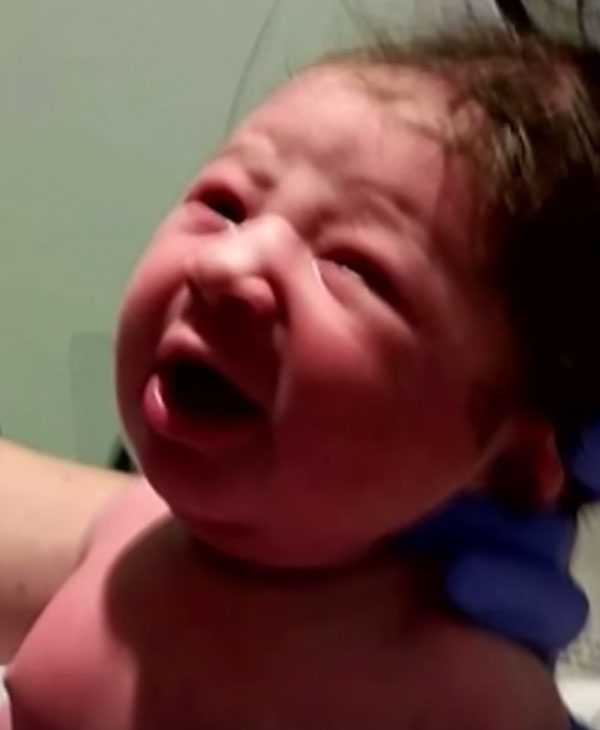 Mother and daughter were pronounced healthy, but we’re not too sure about Dad. While holding his precious princess in his arms, Jason describes the surreal event. “I feel like I’m still going to wake up in the Emergency Room and feel, ‘Hey, this is only a dream! What? It felt so real!!” 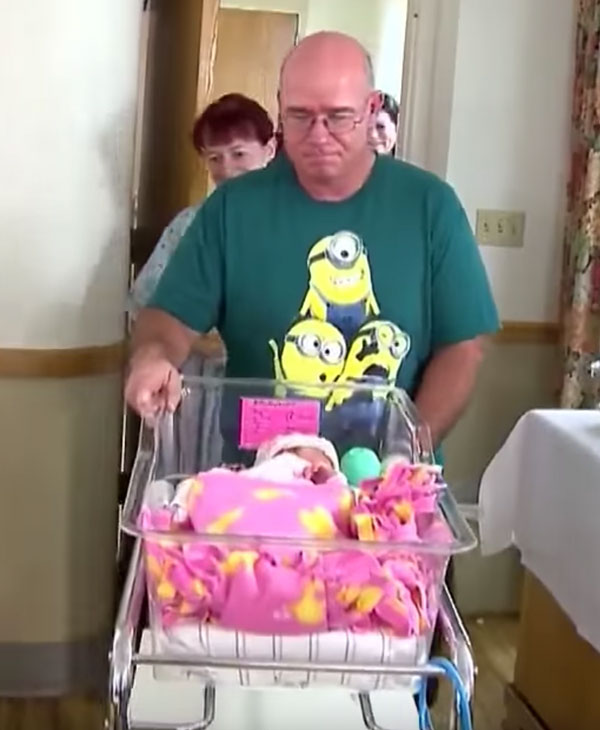 Sorry, Dad, it’s real, all right! And this little bundle will be brightening up your “Golden Years” like nothing you ever dreamed! Congratulations! Carolyn Rose will keep you young!! 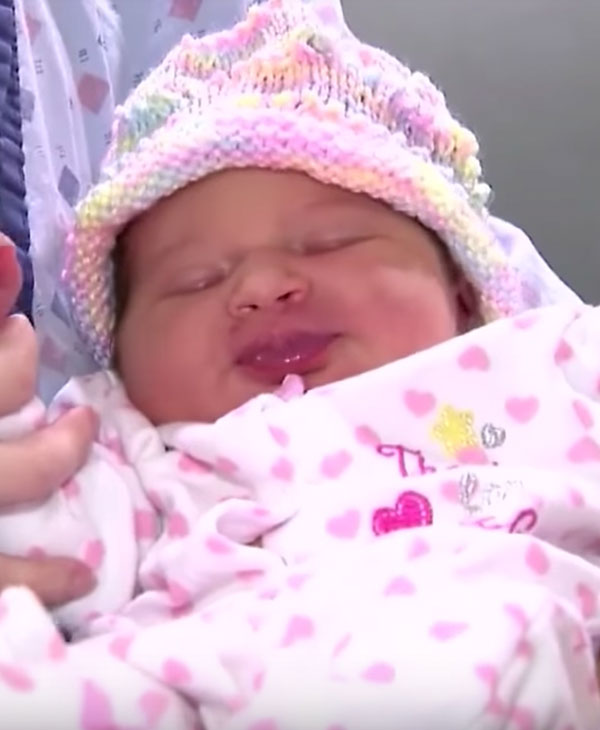 To learn more about this incredible story, you can watch the video, below!