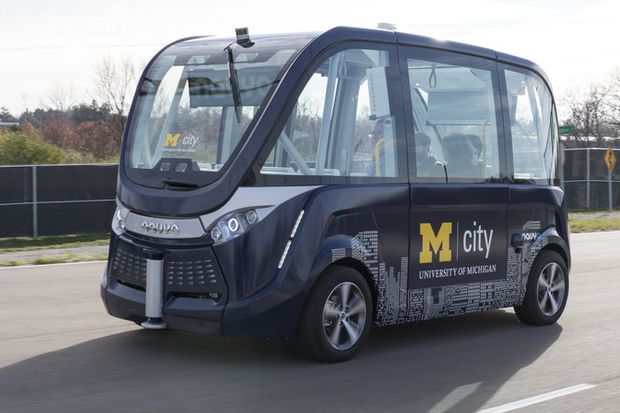 Starting this fall, students at the University of Michigan will have access to an entirely new form of transportation in the form of this adorable, completely autonomous shuttle bus.

The university plans to deploy two of the shuttles, manufactured by French startup Navya, to service a two-mile route between the Lurie Engineering Center and the North Campus Research Complex on Plymouth Road. The shuttle can carry a maximum of 15 passengers, and lacks a steering wheel or pedals. The vehicles are being deployed in partnership with Mcity, the university’s 32-acre testing facility automakers and tech startups often test their self-driving cars. 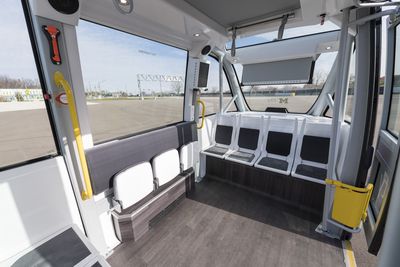 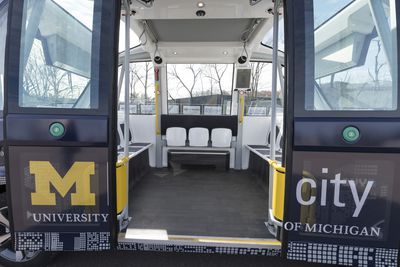 “This first-ever automated shuttle service on campus is a critical research project that will help us understand the challenges and opportunities presented by this type of mobility service and how people interact with it,” said Huei Peng, director of Mcity and a professor of mechanical engineering, in a statement.

Anne Arbor won’t be the first city to feature Navya’s driverless shuttles. The French company has autonomous vehicles on the roads in London and Las Vegas. In both cases, Navya offered trips in its driverless pods for free; trips in Michigan will likewise be free.

Experts predict that in the future, most people will encounter their first self-driving vehicle in a geofenced setting much like at the University of Michigan. This allows for more accurate mapping, which in turn leads to more accurate driving. As the technology improves, self-driving cars will be able to drive confidently in wider geographic areas. But the need to start small underpins the skepticism that many people still have toward self-driving vehicles.