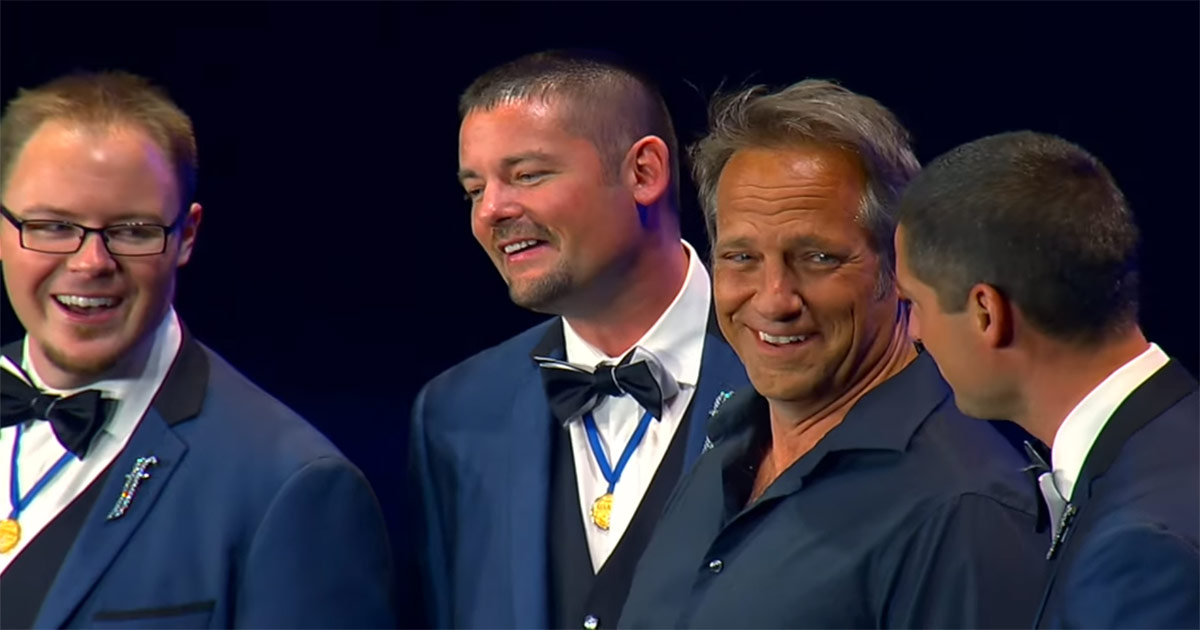 The Barbershop Harmony Society had just begun singing when the crowd was gifted a little surprise. It wasn’t but seconds into their performance when Mike Rowe was seen in the corner of the stage. The closer toward the microphone he waltzed, the more confused the audience became. They could have only wondered what he was up to. It didn’t seem like the appropriate time for this beautiful song to end just about as soon as it started, but he had a determined smile that no one could take away. 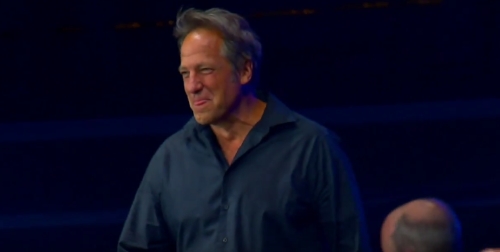 Mike Rowe is known as the hilarious host of the television show Dirty Jobs, yet he also has a hidden talent that fans may not know about. As he made his way to center stage, the audience members were at the edge of their seats. To everyone’s surprise, he stepped in the middle of the quartet in order to sing along. The audience laughs him off at first, but five seconds in they can’t believe their ears. What they heard was simply no joke. Mike Rowe may have looked nonchalant stepping on stage, and he may have had a mischievous grin when stepping in on their song, but he was all business the second he began singing. 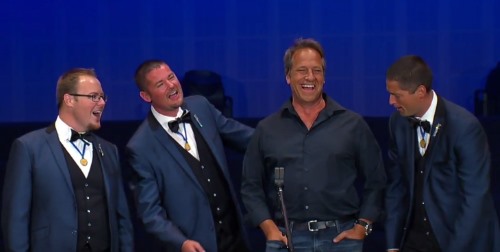 Joining the performance went seamlessly for Mike Rowe, but making a contribution to their song as well as he did was no easy task. His talent was evident as he sang along to the song ‘Sweet and Lovely.’ The crowd may have been a little stunned at first, but moments into the transition, they were totally loving it. Watch when Mike Rowe takes it away in the shocking video below!