When one South Carolina mother didn’t show up to pick up two of her daughters from school on February 13, administrators knew something was amiss. They called the police who visited the family’s home, and what they found left them cold.

A man had broken into the family’s Johns Island home and brutally beaten their mother. Even worse, he had kidnapped their four-year-old sister, Heidi Renae Todd. 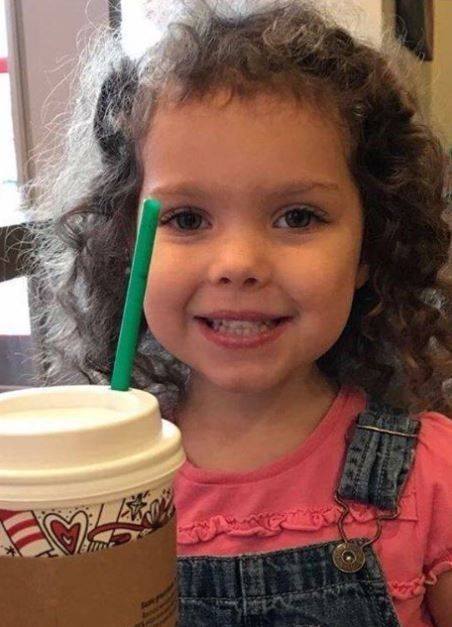 Heidi’s mom was rushed to the hospital where she had to undergo emergency surgery. At the same time, a huge search began for little Heidi and her captor.

The whole community joined in, scouring the area for any sign of the little girl, but they came up with nothing.

Then, the next day, about 400 miles away from Johns Island in Riverside, Alabama, a railroad worker noticed something strange. A car was parked nearby to where they were working, deep in the woods and away from any roads.

The workers quickly alerted police to the suspicious vehicle.

Riverside Police Chief Rick Oliver carefully approached the vehicle. When he looked inside, he saw a man sleeping next to a little girl. When Chief Oliver confronted him, the man handed the girl over and then sped away in the vehicle.

Soon, police figured out the little girl was Heidi, the missing girl everyone had been searching for!

Thankfully, they were soon able to catch and arrest 37-year-old Thomas Lawton Evans, the man who had taken Heidi. He is a felon who was released from prison earlier in the month.

Police are still trying to figure out if there is a connection between Evans and the Todd family, or if his attack was random. For now, the family is just happy to have Heidi back home safe and sound.

“What could have been a day of real tragedy has turned out to be a day of great joy,” said Charleston Mayor John Tecklenburg.

Cheif Oliver echoed his statements, saying that the moment he was able to safely return Heidi to her family was one of the brightest of his 20-year law enforcement career.

“This is a blessing,” he said. “It is nothing to do with luck. The good Lord put me in that place.”

Are you thankful for Heidi’s safe return? Then share it!