Audrey Stone from Brewster, New York, is legally blind. She had adopted a one and a half-year-old service dog – a loyal Golden Retriever named Figo. So loyal in fact, that he literally jumped in front of a bus to save his owner’s life.

One morning, when Figo, now 8-years-old, was helping Audrey cross the street, he noticed a school minibus approaching them. The duo was in the middle of the street and had no time to get to either side. Without giving a thought about his own safety, Figo leaped at the approaching bus in an attempt to get it to stop. 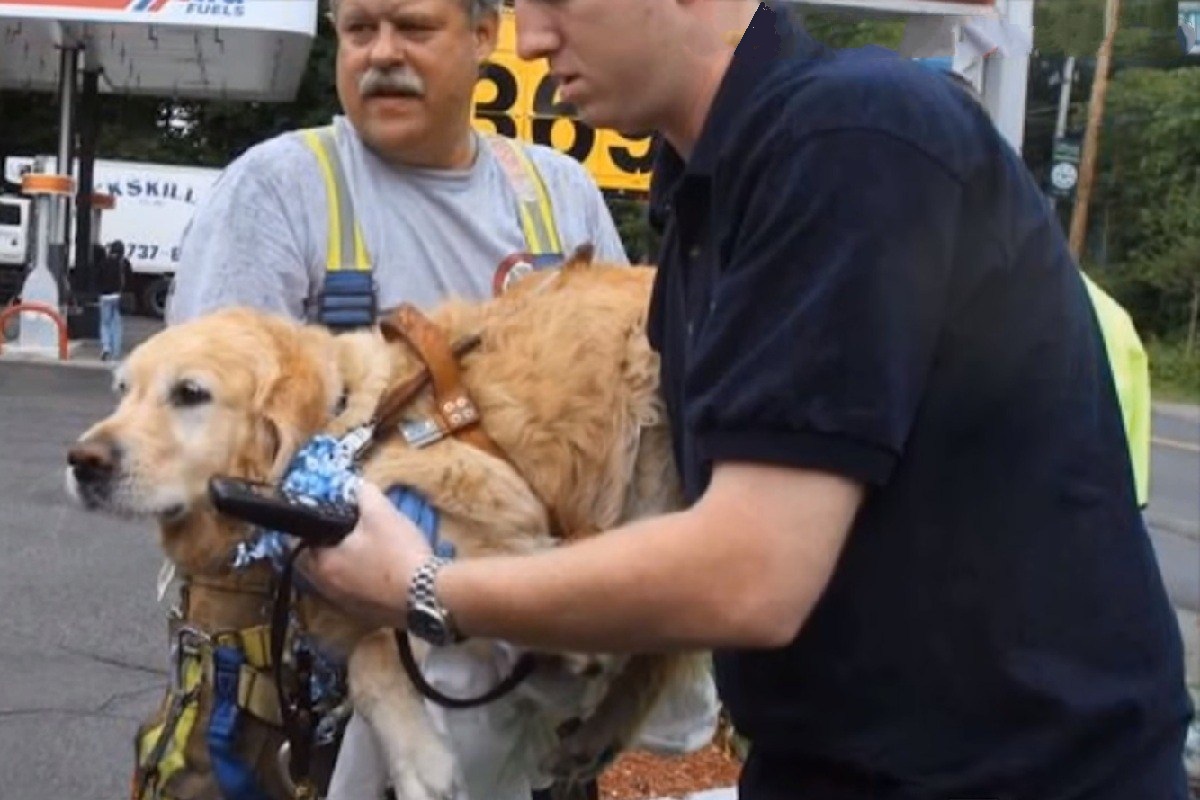 But it wasn’t enough, the two got hit by the bus and spent months in rehabilitation. Audrey suffered a broken ankle, elbow, and ribs. Figo had a serious gash on his legs. Both she and Figo required surgery. The bus driver was ticketed.

Although they were both seriously injured, Audrey says she couldn’t be more proud of her loyal dog. Figo’s act of heroism touched thousands of people and he even received letters all the way from England.

For his incredible bravery and loyalty, the American Society for the Prevention of Cruelty to Animals (ASPCA) gave him their Dog Of The Year award.

This story is proof that a dog’s loyalty knows no limits. Click the video below to watch the story of Figo’s incredible loyalty.