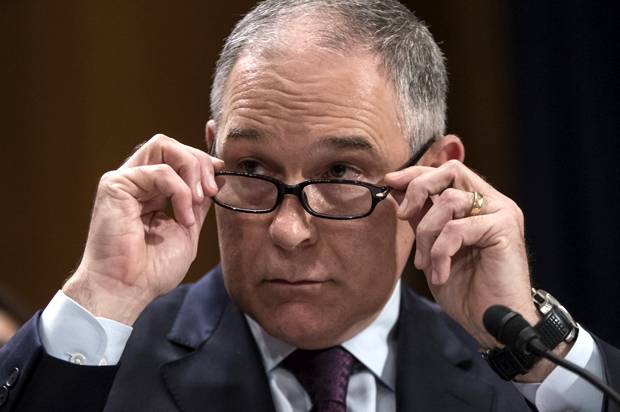 A report by the Environmental Data & Governance Initiative examines the threat the new president poses to American environmental and energy policy — and includes concerns from nearly 60 current and former EPA workers.

“I have worked under six administrations with political appointees … from both parties,” one employee said. “This is the first time I remember staff openly dismissing and mocking the environmental policies of an administration.”

The report points to two historical precedents for Trump’s attack on environmental policy: Ronald Reagan’s first two years — when 21 percent of the EPA’s budget was slashed — and Stephen Harper’s nine-year, climate-denying tenure as Canada’s prime minister. Trump is on track to do more damage to the environmental agenda than either Reagan or Harper, by clawing back all manner of EPA regulations and axing its scientific research.

“Trump is concerned about trade equality, Making America Great Again,” one interviewee pointed out. “How can we possibly be on top and competitive with Japan and these other countries if we don’t excel in science, engineering, and technology?”