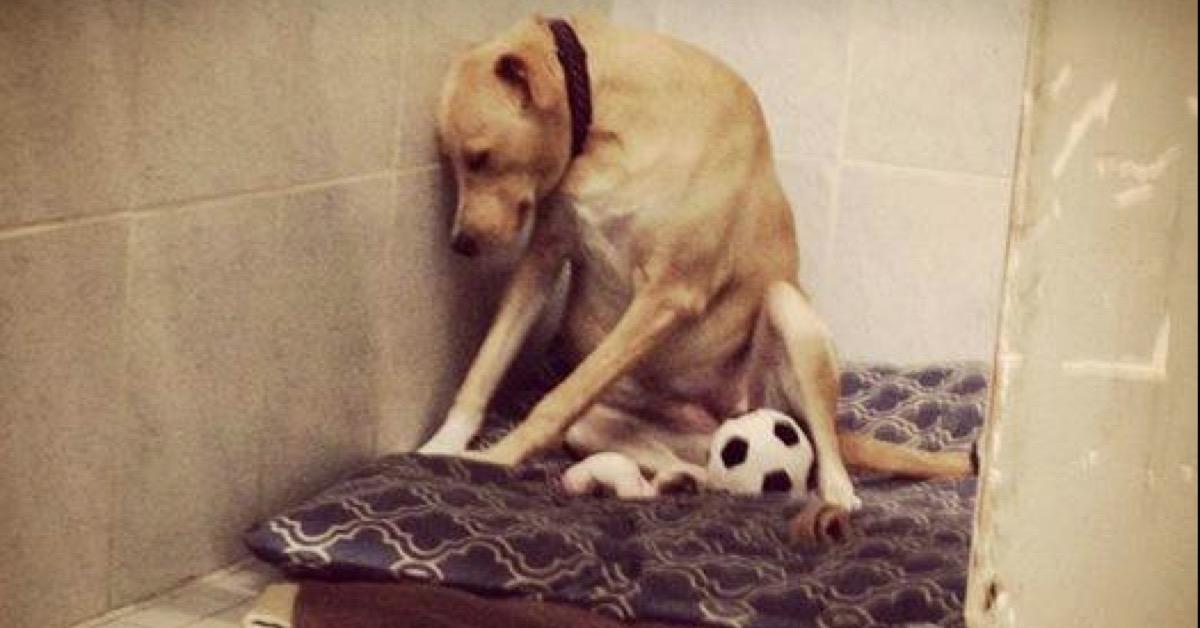 Lana, a female Labrador, was born in the streets of Mexico. As a homeless dog, she led a life of wandering and often had to fight with her brothers and sisters over food.

Then one day she was brought all the way to Toronto, where she was taken in by a shelter. “Lana was terrified of everything,” recalled Dahlia Ayoub of Mighty Mutts.

Shortly after, she was adopted into a family when she was just five months old. For the first time in her life Lana had finally found a caring home and was so happy being in the good care of a loving family.

But one day while she was being fed, Lana snapped at the mom. It was most likely related to her previous life as the runt of the litter, which made her very protective of her food. But for her family, who had young children, it was way too much. They took Lana back to the animal shelter immediately.

Lana’s world fell apart and she fell into a deep depression. At the shelter, she refused to eat or go for walks. The pictures were just heartbreaking.

But then something wonderful happened — Lana was adopted again. She could finally settle down in a loving home once more. And you’d think that was it, the story is bound to have a happy ending now, but actually, nothing ever turns out the way you want it to…

Once again, the family returned Lana to the shelter, a mere three years of age. You can see it was beginning to take its toll on her.