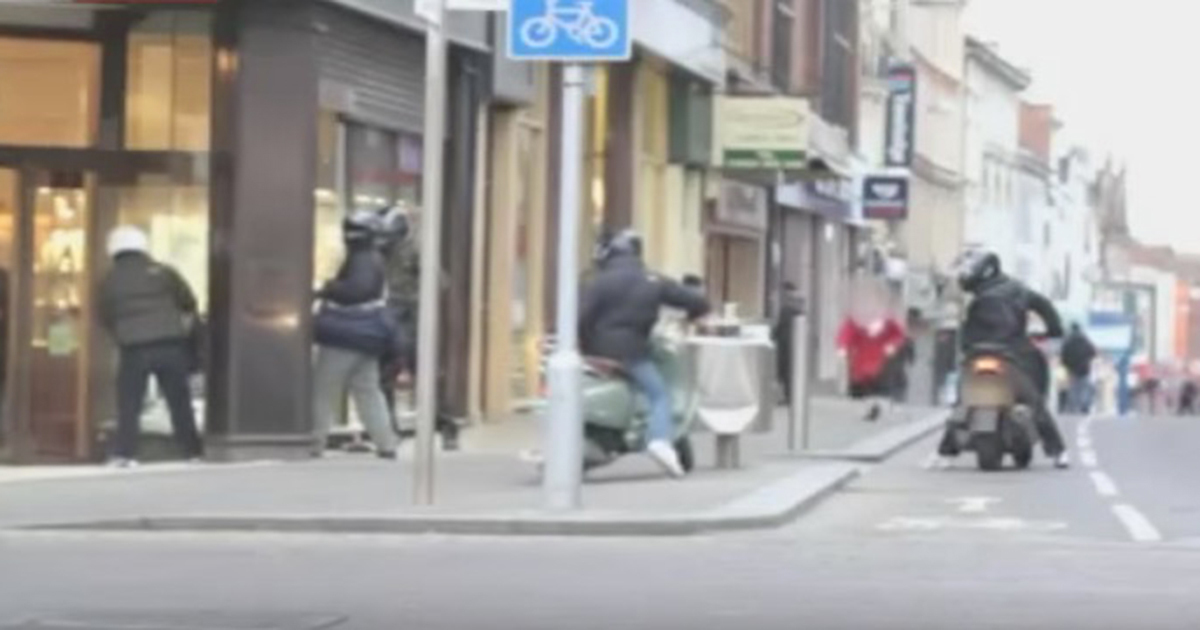 It’s easy to talk about what you’d do if you saw a mugging or a robbery in progress. But it’s more difficult to stand against injustice in real life.

Because it takes real courage to intervene and stop something horrible from happening—especially in the violent times we live in.

But when this grandma saw a gang of robbers attempting to break into a jewelry store in Northampton, England, she didn’t give it a second thought.

Three men, armed with sledgehammers, were smashing the windows of a jewelery store in broad daylight while their accomplices waited on mopeds. But this grandma wasn’t about to let them get away with it.

While the staff inside stood frozen in horror, the brave old woman ran at top speed toward the robbers, wearing a red coat and a matching hat.

But check out what she does with her handbag…

Even though the attempted robbery took place in 2011, I can’t help but be impressed by this old woman’s courage.

Four of the six men who tried to rob the jewelry store were arrested, much thanks to the bravery of the elderly woman, police told the Guardian.

Clearly, this super grandma deserves all the praise in the world. Share if you agree!