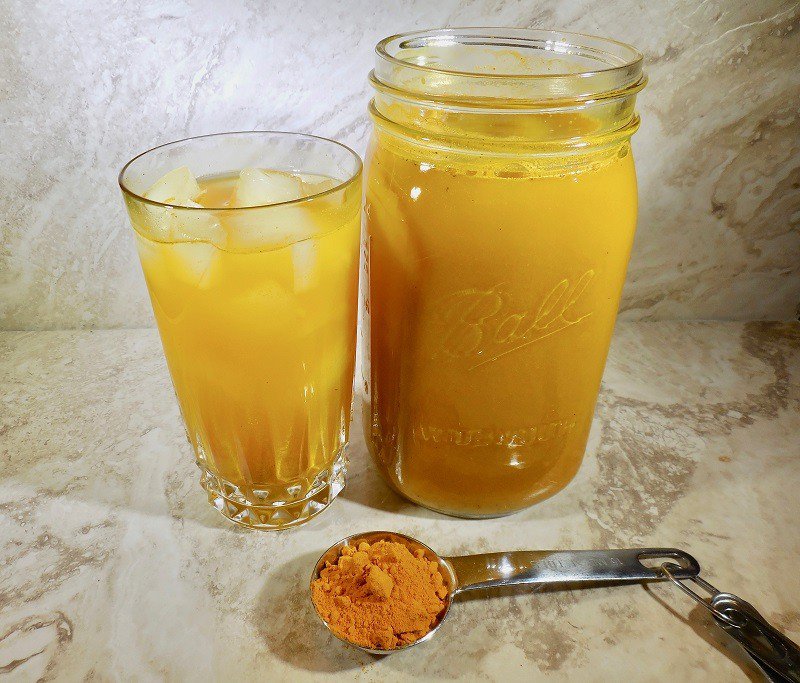 Love iced tea and want to do something great for your health? You can support your heart, brain and each cell in your body with this delicious and refreshing beverage. This is a fantastic way to ensure that your body is getting enough liquids and helps to battle dehydration.

If you allow yourself to become dehydrated, which can happen quicker than you might think, that can lead to some pretty serious side effects as the blood becomes thicker, causing resistance to blood flow, which can result in high blood pressure, and even cause an increase in total cholesterol as the body tries to prevent water loss from the cells. It can also lead to a higher risk of obesity, type 2 diabetes, and even cancer.

Of course, even if you’re aware of the importance of drinking a lot of water, that can get old after a while. But by switching out some of that water for this iced tea, you’ll not only be better able to meet your hydration goals without getting unwanted calories, but you’ll be promoting better health while enjoying lots of flavor.

Of course, hydration isn’t the only reason to consider making this Turmeric and Ginger Iced Tea. Each of the ingredients offers unique health benefits.

Heart Disease is the world’s No. 1 killer. As such, it’s been extensively studied and researchers have found there are multiple factors that contribute to this disease. There are also many different things, including turmeric, which can help reverse its progress before it’s too late. Curcumin, a powerful compound found in turmeric, helps to improve the function of the endothelium, which is the lining of the blood vessels. An endothelial dysfunction is a significant factor in this disease as it much more difficult for the endothelium to regulate blood clotting, blood pressure, and other essential processes.

Turmeric supports brain health too. Research in 2014 suggested that another compound in the space known as aromatic-turmerone can increase neural stem cell growth in the brain by as much as 80 percent when taken in specific concentrations. The experts concluded that this compound could help those who suffer from diseases like Alzheimer’s, as well as stroke victims to recover brain function.

Ginger is a tasty, warming spice that offers numerous medicinal benefits from its gingerols, which is the oily resin from the ginger root that offers powerful anti-inflammatory and antioxidant properties. Israeli researchers have found that it offers dramatic effects for heart health, including reducing cholesterol levels, preventing the oxidation of LDL, or “bad” cholesterol, and preventing atherosclerosis.

Ginger also benefits the brain by increasing levels of important neurotransmitters, which are chemicals used by the brain cells to communicate with each other. They control the ability to remember, focus, sleep, concentrate and more. Studies have estimated that 86% of American adults have suboptimal levels of neurotransmitters, so consuming more ginger by drinking this tea may be a great way to boost yours.

Honey adds a wonderful sweet taste to the tea, but it offers health benefits of its own, including improving brain health, particularly in women, who tend to suffer from hormone-related intellectual decline during post-menopause. Thanks to the high level of antioxidants in honey, it may help prevent cellular damage and brain cell loss. Research from the University of Babylon, College of Medicine in Iraq found that honey’s powerful antioxidant and therapeutic compounds were able to prevent cognitive decline and dementia, as well as enhance the cholinergic system and circulation of the brain.

Finally, the recipe also includes a small amount of black pepper, which not only makes it even tastier, it helps make the nutrients found in all of the ingredients more readily accessible for use in the body’s various systems.