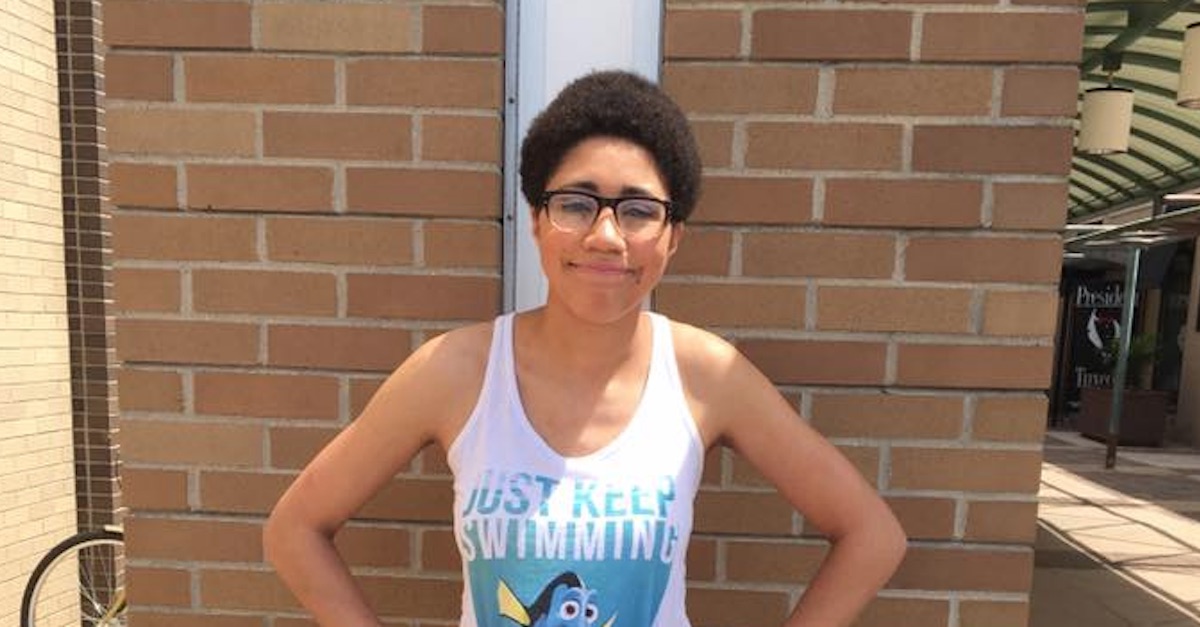 As the weather gets warmer, it’s totally normal for people to start wearing fewer clothes. Long-sleeved shirts turn into tank tops and pants are switched out for shorts. At the beach, we all strip down to our bathing suits for all to see!

Nowadays, it doesn’t seem to be a big deal to be out and about in public in such outfits.

However, if you want to go into stores, you need to be somewhat decently covered, but this doesn’t seem to be a problem for most people.

But one shopper was stunned when a total stranger complained to mall security about her outfit, and as a result, mall authorities escorted her out.

Hannah Pewee was out shopping with her sister when the incident occurred.

At the time, she was wearing a Finding Dory tank top, a pair of shorts, and flats. According to her, she was wearing the same clothes as most people in the mall. She has no idea why she was singled out.

Furious about the incident, she posted on Facebook about the experience. Many people have rallied behind her and sent her messages of support, for which she is grateful.

Since the mall has issued an apology.

As many of you know, it is NINETY degrees outside today in West Michigan. Aka, really hot. So, of course, I decided to dress for the weather: shorts and a tank top.