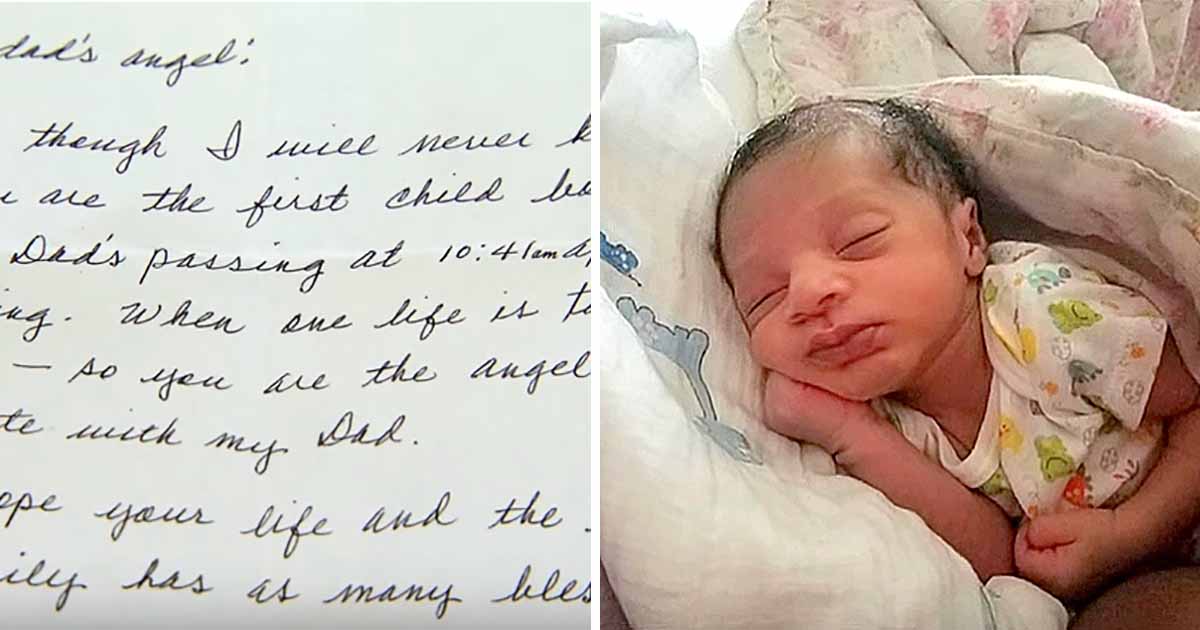 All it took was one heartfelt note written by a grieving daughter to set a sweet chain of events in motion. That note passed through several people before it eventually made its way to a new mother at Louisiana’s Lafayette General Medical Center.

Jamie Fontenot’s 86-year-old father and veteran James Lee Grimmett passed away at that same hospital. When Jamie stepped out into the hallway to speak with her father’s physician afterward, she heard something playing on the PA system. 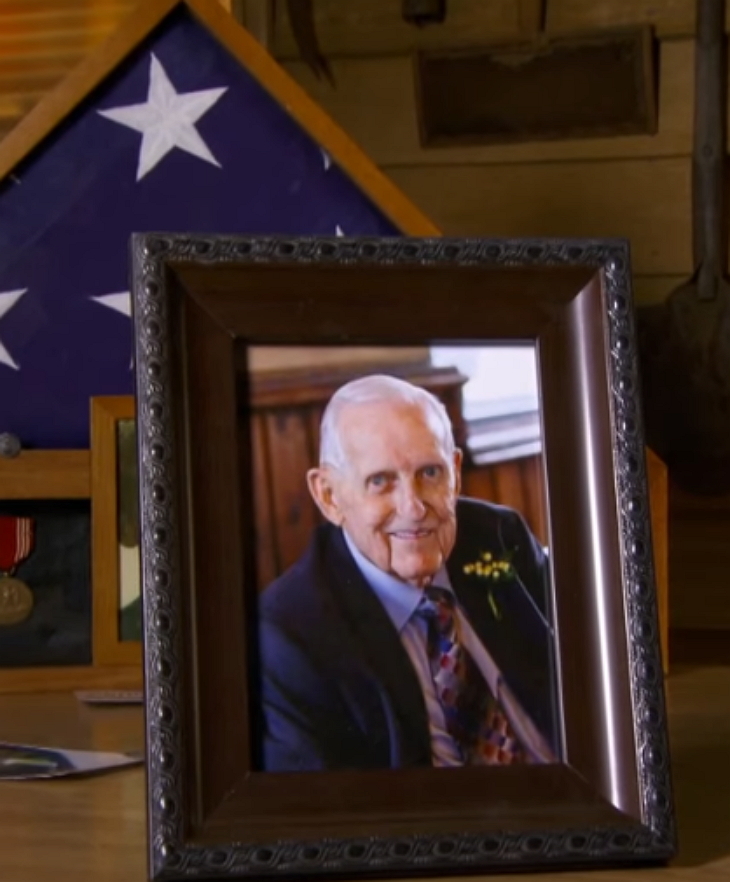 It was a tender lullaby that the hospital plays every time a baby is born. Jamie couldn’t believe that a baby had been born immediately before her father passed away. 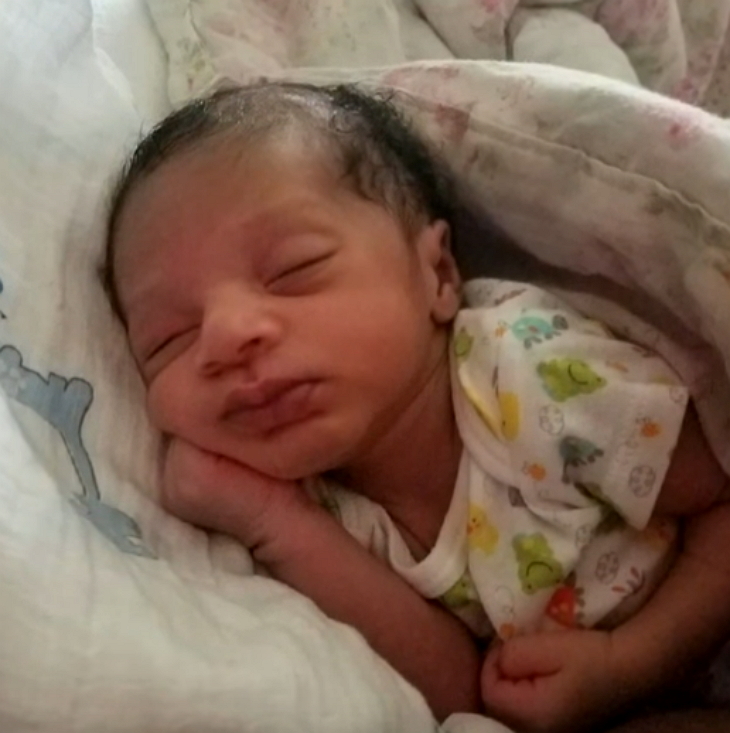 That angel was newborn Kingston Hall, son of Connie Despanie and Benjamin Hall. He was a healthy, sweet baby boy who didn’t have a middle name just yet.

Jamie said when she heard the lullaby playing, despite her grief, at that very moment something stirred in her. She felt compelled to write a message to the parents of the unknown baby.

“I didn’t even think about it at the time (but) something just moved me to go get paper and write a note.”

Jamie walked her note to the obstetrics unit of the hospital and left it at the nurses station. From there, her note made its way to Dr. Jennifer Pugliese and nurse Cydney Begnaud who helped deliver Kingston. 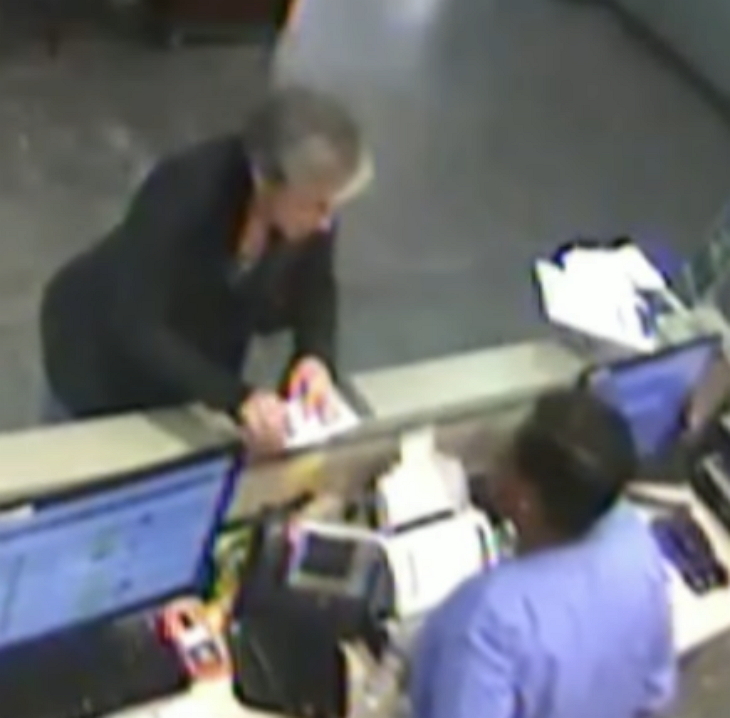 Dr. Pugliese handed the note to Connie and as she read it, her tears flowed. She knew the message would tug at the emotional mom’s heartstrings.

“She started reading it silently and she just had tears streaming down her face, it was really beautiful.”

Connie shared the note with Benjamin. They knew right then and there what Kingston’s middle name would be. The note read:

Even though I will never know your name, you are the first child born here after my dad’s passing at 10:41 a.m. approximately this morning. When one life is taken, another is given – so you are the angel that I will relate with my Dad. I hope your life and the life of your family has as many blessing as my Dad gave me and my 8 siblings! Please keep my dad in your prayers. His name is James.”

Now Kingston finally had an official middle name. It would be James.

Eventually, Connie and Kingston met Jamie who said her dad would have been thrilled to know that their baby was named after him. Kingston’s name will forever honor the stranger who left earth right when he arrived. 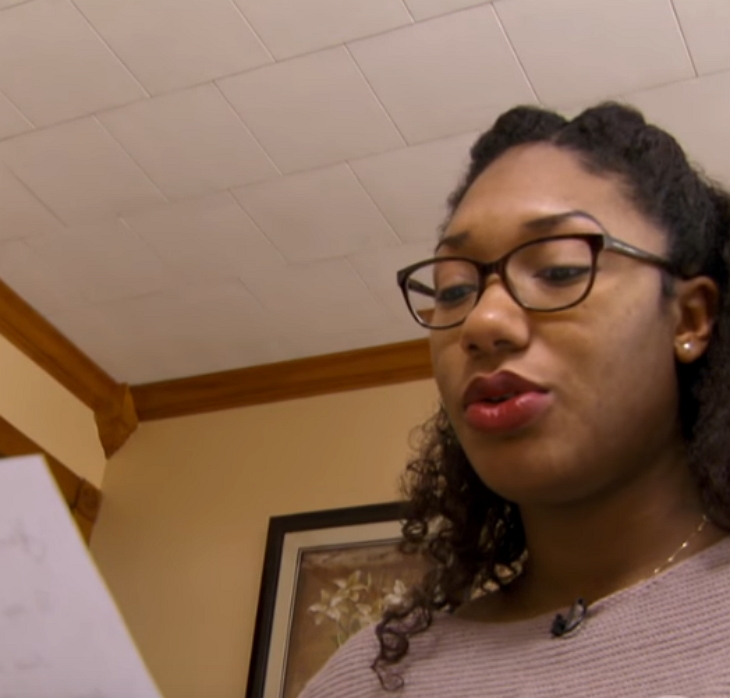 Learn more about this beautiful story of how one simple note from a grieving daughter brought two strangers together in the video below.