Most of us try to help others whenever we can. But it’s not always easy.

How many of us have actually stopped to help someone when it wasn’t convenient for us to do so?

When Lacey Wheeler spotted something that looked like a baby deer wandering on the side of the highway, she slowed way down. 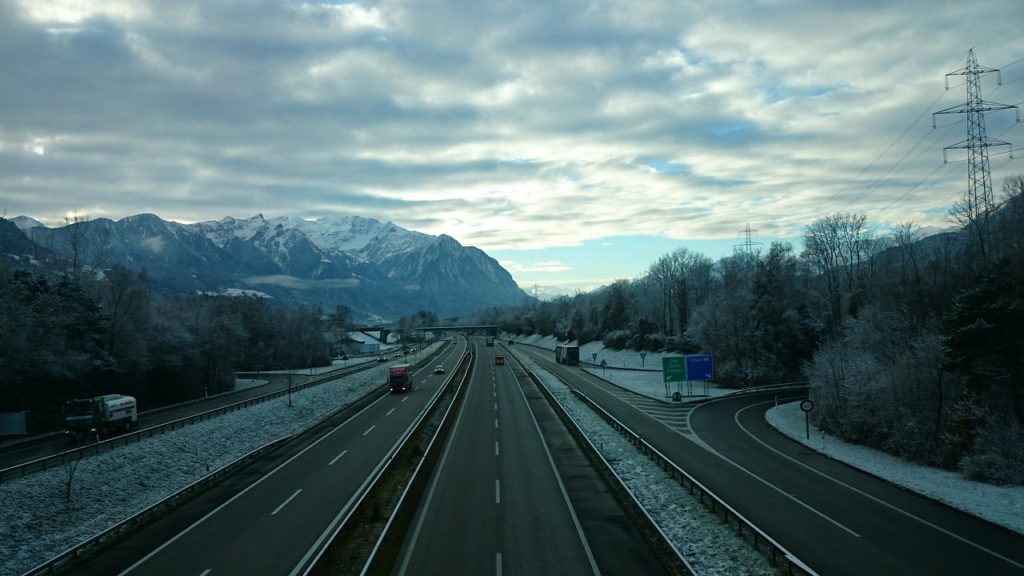 But suddenly she realized…it wasn’t a deer at all. It was a poor stray dog!

She passed on by, then immediately began to worry.

What was a dog doing all alone on such a lonely stretch of highway? It couldn’t possibly have a home nearby. And, she realized, it had been terribly thin, too.

Lacey’s conscious got the better of her, so she turned around at the next exit and went back to where she had spotted the dog. Sadly, however, the pooch wasn’t there. 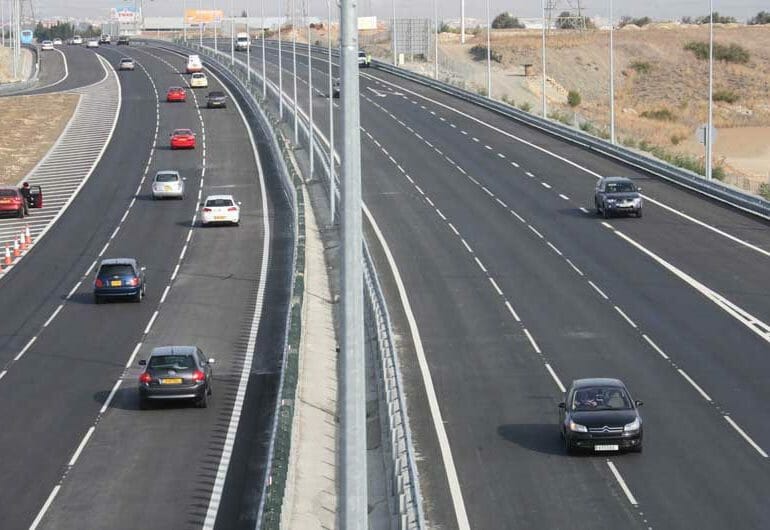 She wasn’t about to give up, though! Lacey stopped the car and got out, and that’s when she heard barking.

She followed the sound of the barks and there on the banks of a creek, she found way more than she had expected:

She not only found the dog; Lacey found the three puppies the stray had been protecting! 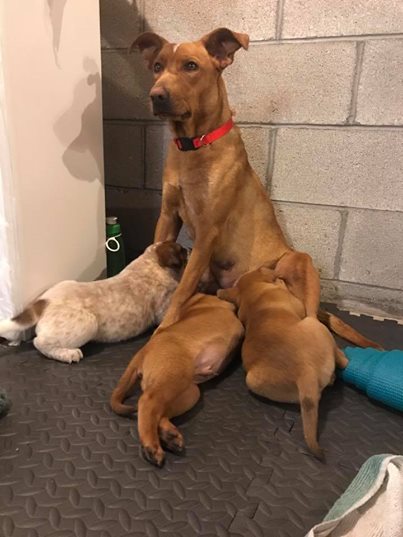 Now she knew that someone had likely dropped the little family there in the wilderness, not knowing or caring what would happen to them.

Out of sight. Out of mind. And just plain cruel!

Lacey knew she could drive away and leave them but although they might be out of sight, they would never be out of her mind.

That’s the difference between a good person and a bad one! 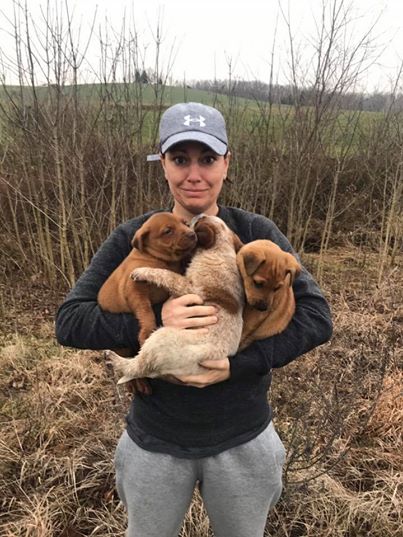 So, she loaded up the mom and her babies in her car and began to get them warmed up.

The puppies were shivering and their paws were wet after running through the creek.

Lacey knew the pups wouldn’t have had much of a chance of survival after much while longer in the dropping temps.

Without a second thought, she put the car in drive and headed for home. 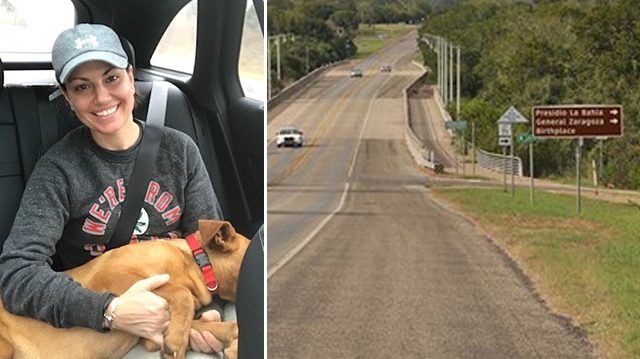 Lacey named the puppies Louie, Cinci, and Indy, and the mom Red.

The canine family of four are doing well now; they never again have to worry about living in a ditch by the side of the road!

Although Lacey would like to continue to foster the whole family, her own dog doesn’t get along with other dogs well. Sometimes this happens, as foster parents well know.

So she’s now working with Columbus Dog Connection to find loving homes for the family. 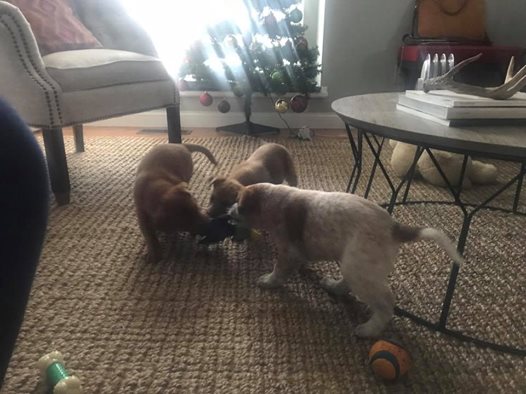 Thanks to Lacey’s willingness to truly be a Good Samaritan when seeing the dog, the mamma and her adorable puppies are now able to enjoy their lives, stay warm, and receive lots of attention.

Atta girl, Lacey! And what a good mom the dog was to alert Lacey to her pup’s location!

All in all, definitely a feel-good story with a very happy ending. ?