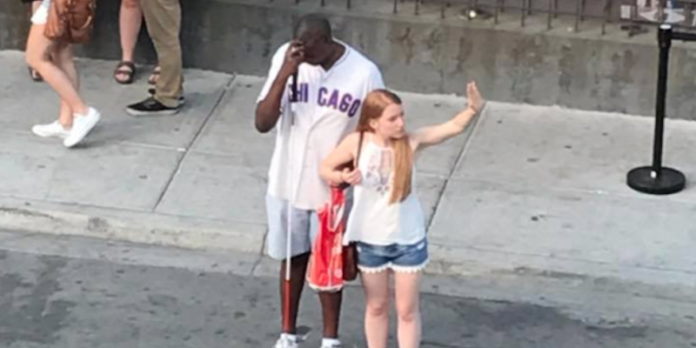 Sometimes, the little things that you do for someone can be the most impactful. As many know, it can be incredibly difficult to get a taxi after a baseball game. When this woman saw a blind man struggling to hail a taxi after the Cubs game at Wrigley field, she approached him and kindly asked if he needed help. When he said that he did, she made sure that he safely got a ride home and walked away.

The good deed would have gone unnoticed if it weren’t for people watching from the rooftop of a building nearby. Casey Spelman, who had attended the same Cubs game as the blind man (Yusef Dale) was identified through social media and now is getting recognition for being a great person. Once Ryan Hamilton, the bystander who took the photos, posted the pictures online they immediately went viral.

“There’s so much negative stuff going on in the world and this was the opposite of that,” Hamilton stated. “It’s cool she’s getting the recognition but you could tell that’s not why she did it.” Hamilton, 31, is from Indianapolis, Indiana, and is a District Leader for Ricker Oil Company. Spelman is reportedly also from Indianapolis.

Yusuf Dale wanted to emphasize the importance of the way that Spelman approached him. He says that he doesn’t take well to people thinking that he is incompetent simply because he has a disability. Dale said that Spelman never assumed that he was incompetent or unable.

“She didn’t get in my personal space and most importantly, she didn’t touch me, which is an issue for some people with disabilities,” Dale said.

Casey Spelman is playing down the publicity, saying that her deed should not be considered something unique or special. She says that she wishes society were more inclined to do these nice things so that it would be a commonplace. 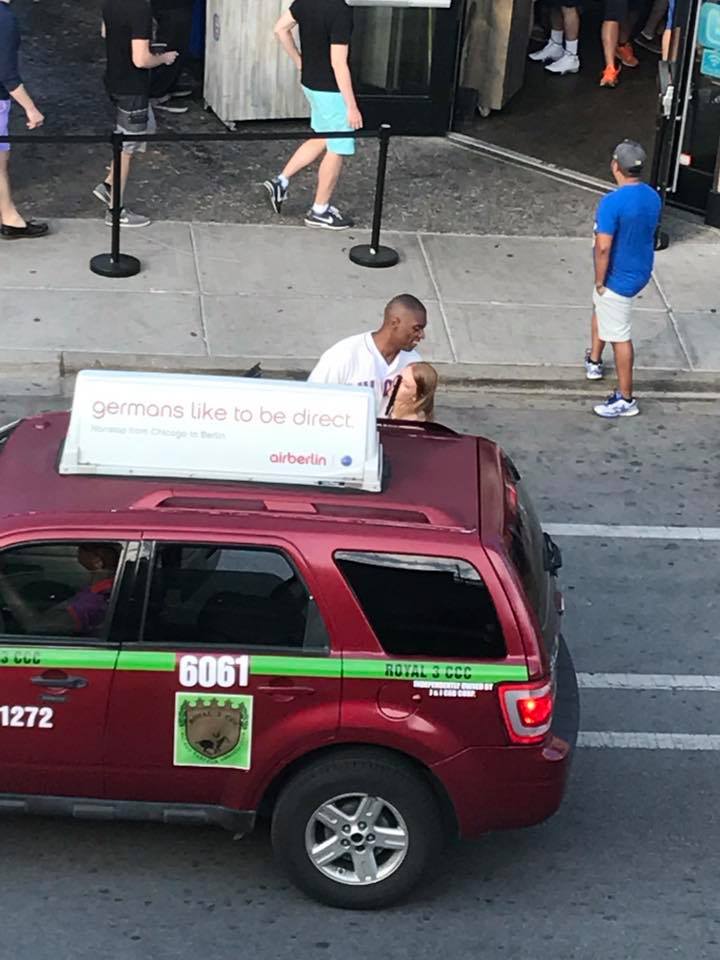 Small actions can certainly hold a lot of impact, and this highlights the power of small actions. With more people being genuinely good, we can take bigger steps to being more of a unified and welcoming community. We love seeing amazing stories like this where we see the community using social media to get people the recognition they deserve. Props to you, Casey Spelman! Your actions have made an impact and inspired others to do and be better.